sssssssss(스)_single channel video,6'24'',2013 The single channel video piece, “스(ssssssss)”, contains the process of my experiment on making sound that our eyes read. “스 ssssssss” is a Korean word (which is called Hangeul) that is equivalent to “ssssss” sound. When we read a text, our brain seems to make a sound inside without making us really speak it out loud. This led me be curious about the relationship between text and its sound. Text is a promised sound and the movement of the text that I produced is like a musical play that could express its sound. Therefore, I searched for a place that could express the “sss” sound best and printed the text on an object that could also express the sound best. By producing multiple letters instead of producing just one letter, I directed a certain movement attempting to let the viewer focus on the extension sound of “sssss”more naturally. 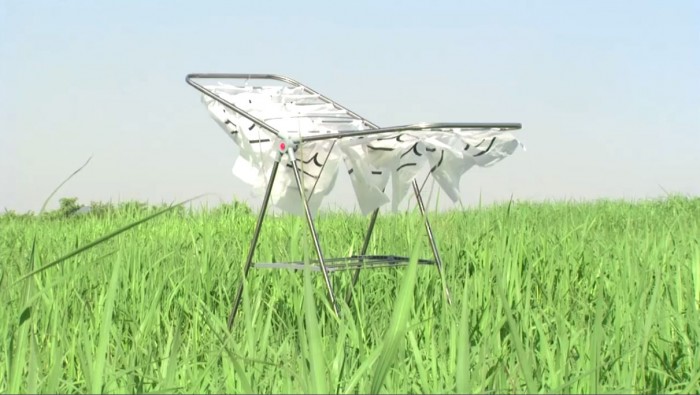